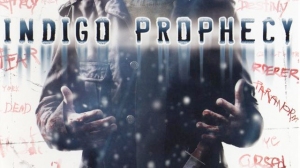 Having been a part of the video games press for over four years, I realized that while I play a lot of video games, I’ve actually missed out on double that number. For every Modern Warfare there are games like Ghost Trick that are incredible but that so few have actually gotten around to play.

I want to change that. Rather than trying to focus so much attention on the bigger games coming soon, we need to highlight once again those games that for whatever reason, people didn’t hear enough about or just didn’t have time to play.

At gamesyamissed.com, the goal will be to highlight some of those games. Rather than simply giving short write-ups on such under-the-radar games, I am actually going to play them through their entirety and write my thoughts on the experience.

On top of that, I will try to include footage or screens of that particular game to allow you to get a better appreciation of where I am in a given game.

In order for a game to qualify for the site, they need to fit into my very lax requirements

I hope to have the first game up sometime soon. On top of that, I plan on included a list of games that I hope to cover and welcome suggestions for games that should be included as well.

Well, that’s all for now. I look forward to experiencing some great, under appreciated games and am eager for you to join me.